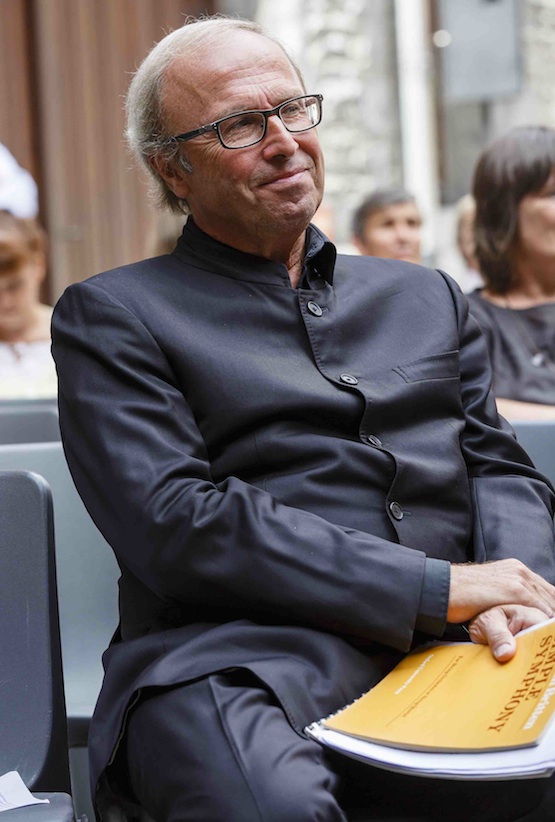 After obtaining a bachelor's degree in Law and Sociology, Philippe Gérard completed his musical studies at the Royal Conservatory of Brussels, obtaining a diploma in piano and chamber music as well as a first prize in conducting.

Active as a pianist in Belgium as well as abroad, he moved progressively towards chamber music and singing accompaniment, while developing his career as a conductor. Permanent director of the chamber orchestra "La Chapelle Musicale de Tournai" since 1989, he collaborates with various ensembles and youth orchestras, notably the orchestra of the Royal Conservatory of Brussels and the Student Symphony Orchestra of the Catholic University of Louvain (OSEL), as well as with renowned orchestras such as the Philharmonic Orchestra of Liège, the National Orchestra of Belgium and the Royal Chamber Orchestra of Wallonia.

In 2007, Philippe Gérard was invited by the National Orchestra of Syria for several concerts in Damascus and Homs. In April 2009, he was invited to conduct four concerts in Tuscany at the International Festival of European youth orchestras. In 2010, he travelled to China following the invitation of the Nanjing University of Arts to give piano and conducting master classes. In July 2011, he toured with the OSEL in Provence for the Festival "Floraisons Musicales".

He assisted the choirmaster at the Royal Theatre "La Monnaie" in 2003/2004 and performed there, as well as at the Innsbruck Festival, as a choirmaster for the creation of the opera Eliogabalo from Cavalli, under the direction of René Jacobs.

In March/April 2009, he conducted Louis Aubert's lyrical tale, The Blue Forest, for the Royal Opera of Wallonia.

Fascinated by singing, he has conducted numerous lyrical productions - including Haydn's Lo Speziale, Kurt Weill's Street Scene and The Seven Deadly Sins, Bernstein's Trouble in Tahiti, Offenbach's The Parisian Life and The Beautiful Helen, Louis Varnay's The Musketeers at the Convent, Schönberg's Pierrot Lunaire, Ravel's The Child and the Spells, Louis Aubert's The Blue Forest, Wolfgang Rihm's Jakob Lenz, René Defossez's The Surprise of Love, - and choral works The St. John Passion, The Christmas and Eastern Oratorios, and various Cantatas of J. S. Bach, Handel's Messiah, Haydn's Die Jahreszeiten, and both the Mozart and the Fauré Requiems.

Interested by the development of young artists in Belgium, he chairs the non-profit-making association, Talent, whose objects are the promotion of young artists through the organization of concerts and recitals.

Pianist frequently invited as an accompanist by the Musical Competition, Reine Elisabeth, he is professor of orchestral conducting as well as accompanist at the Royal Conservatory of Brussels where, in 2008, he was awarded the "J. de la Haut" prize for his teaching.

Suivez-nous !
www.template-joomspirit.com
Back to top